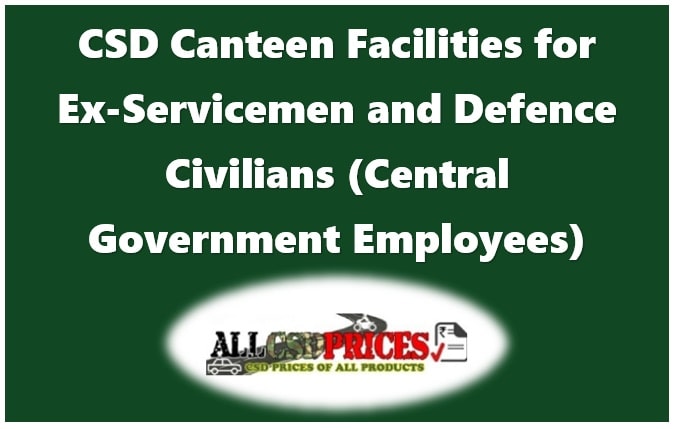 As of March 2020, 3809 Unit Run Canteens (URCs) all over the country, which can be utilized by Ex-servicemen and Central Government Employees (Defence Civilians). Comparing to last year the figure has increased by 109.

The Government has not given any orders for closure of URCs. However, merger of URCs is a periodic process based on the number of beneficiaries in the area, proximity to other URCs and organisational efficiency. All efforts are made to ensure that there is no inconvenience to the clientele, including Ex-servicemen.

The URCs are run under the arrangement of the units/formations of Defence Services. They procure items from CSD to sell them to service personnel with a moderate profit.